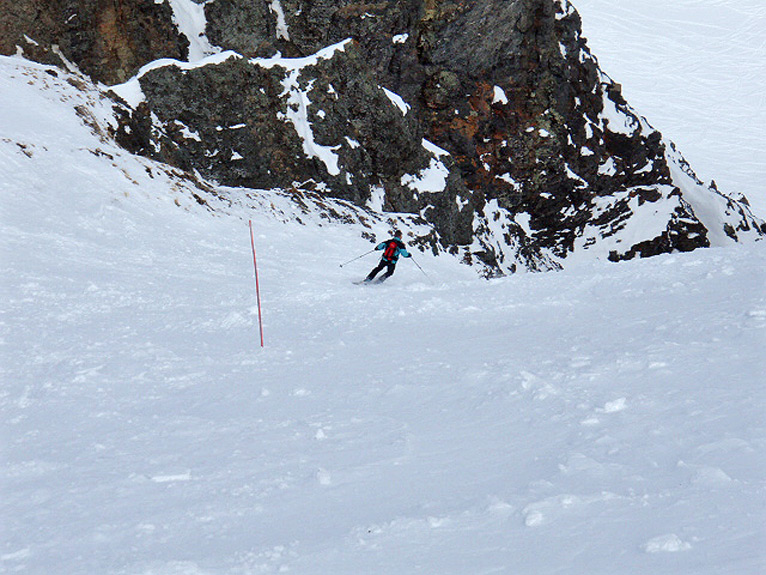 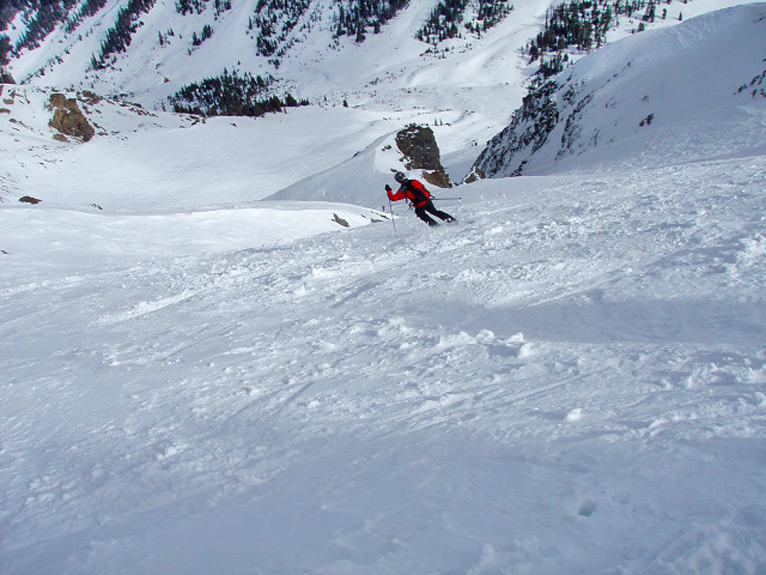 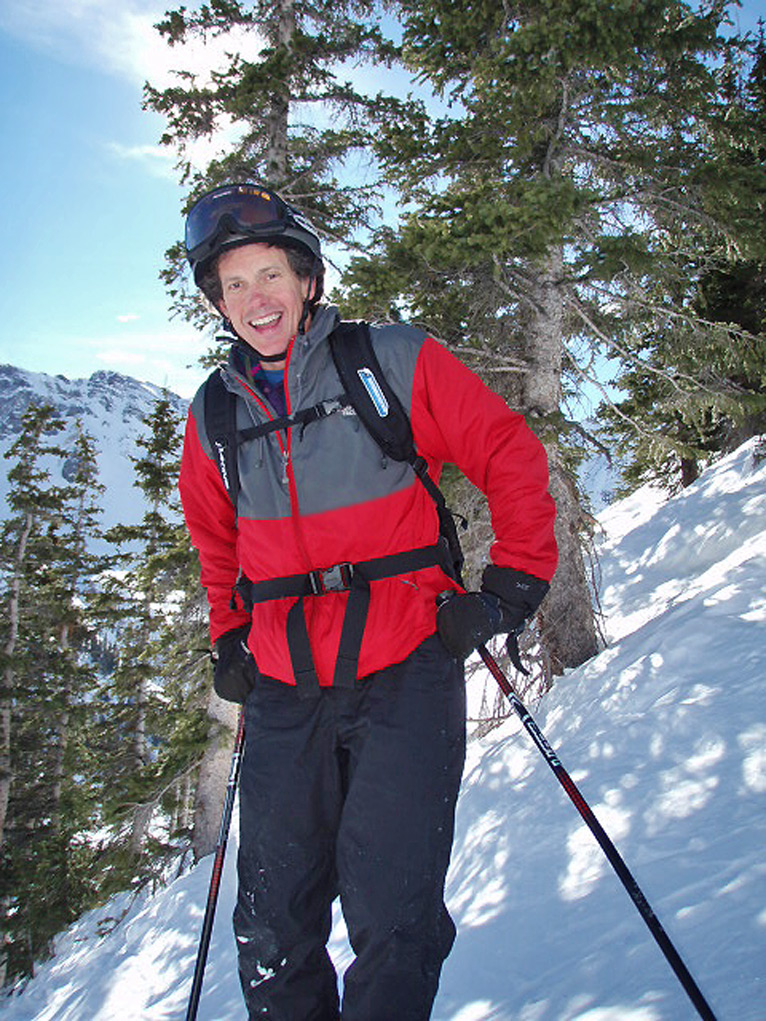 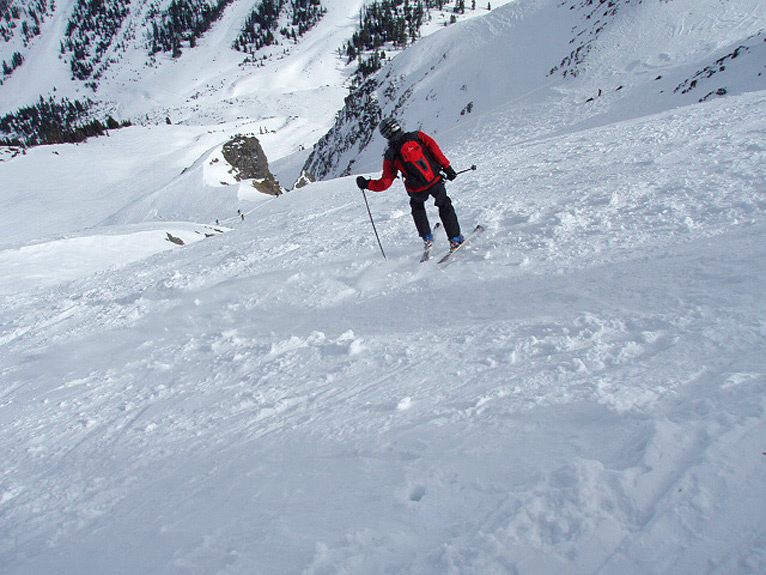 NO EXPENSE WAS SPARED TO ENSURE SKIER COMFORT AND SAFETY 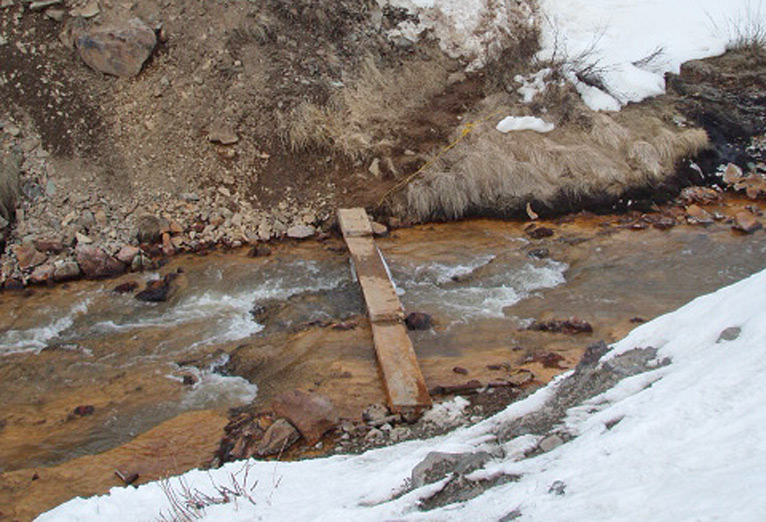 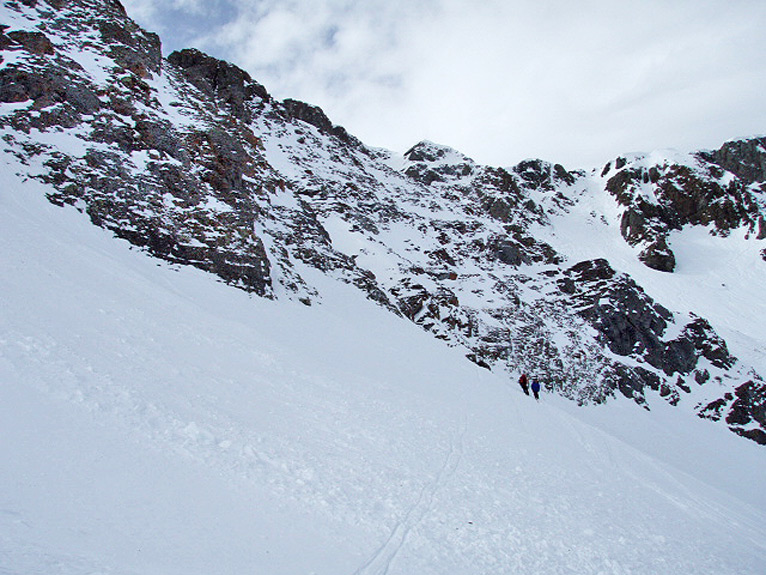 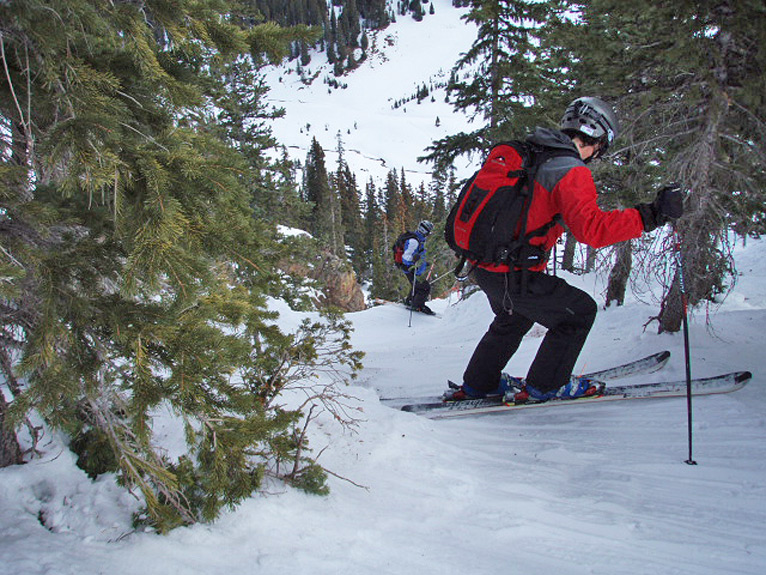 Silverton ski trip 2007 - Karl, The Hiker, Bark Boy, Master Of The Universe (MOTU), and the Nicknameless One. Silverton's a great mountain that's different from every other ski area in Colorado. Silverton has one lift, and a whole bunch of uphill hiking.

"It was a strange and terrible day when were cast into the wilderness with this degenerate called "Mint" as Our Guide. Perhaps my first hint that we'd made a profound mistake was the Extra Tall Water Glass of Mint Julep Our Guide seemed to be named for and call breakfast. Certainly I realized our fate was sealed when he pulled a live toad from under his parka, and began licking it on the way up the lift. The Toad Secretions seemed to give him some sort of supernatural energy, and he drove us, running frantically from one member of our party to another, beating us with his ski poles, mercilessly towards our objective, a microwave reflector called "The Billboard" several hundred feet above us.

Reaching The Billboard first, Mint pulled a sawed-off 12 gauge from his Da Kine pack, shed his clothes, and climbed on top of the billboard - naked in the howling subzero wind, but sweating like a hog. "My heart is an Hippo! Death to the Stragglers!" he screamed. "I'll provide COVERING FIRE," he yelled, "Stay low! This is Condor Country!" Mint began to blast over our heads with the shotgun, in what we could only hope was some primitive attempt at avalanche control. As I clung to the slope, trying to stay under the buckshot, I could hear members of our party crying like small children.

I don't really remember much of what happened next, or how I arrived at a hospital in Denver late that spring, repetitively babbling the phrase: "Comin' in Hot." The therapist at the hospital in Denver said that a repression of memory is common is situations like that. Law enforcement seemed to a have number of questions about cannibalism among our party that apparently occurred after we got hopelessly lost, but I could recollect fairly little. I understand back country cannibalism is a southwestern Colorado tradition, anyway, but the North Korea trip is out of the question given my current legal entanglements.

I'd highly recommend Mint if you want a real adventure you'll never remember for a lifetime (not without therapy, at least)!"